[Govt of SA] Deputy President David Mabuza has arrived in Juba, South Sudan at the invitation of the Intergovernmental Authority on Development (IGAD), to facilitate an important Meeting of Parties to the Revitalized Agreement on the Resolution of Conf…[……]

Kenyan movies that won the hearts of Kenyans 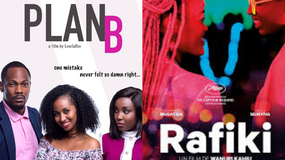 Death toll from Western Lakes ethnic fighting rises to over 50

The number of people who died from the inter-communal clashes in Aloor County of Western Lakes State has increased to over 50, local officials said Monday.[……]

Women were well represented at the neighbourhood advocacy forum for peace in Kapoeta, organized by UNMISS and partners. 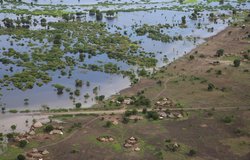 The town of Akobo should be bustling with energy.

Thousands of families who fled their homes when civil war erupted in South Sudan have finally begun returning to their homes in the wake of a new peace deal signed by the country’s leaders last year.

Just a few months ago, the markets were thriving. People were rebuilding their homes and planting crops in the hope of a bumper harvest at the end of the rainy season.

But heavier than expected rains have created yet another setback for the families who had taken the risk of returning. Devastating floods have submerged or destroyed their tukuls (huts), displacing families yet again. Basic infrastructure has also been damaged, including boreholes now contaminated with tainted water.

Humanitarians are providing emergency relief across the region, including food, access to clean water, shelter and medicine, to prevent the spread of waterborne diseases. That life-saving support is critical to easing the immediate crisis, but the damage caused by the downpours will, over the longer-term, ultimately increase the hardship and suffering of Akobo residents.

“This area here is low-lying and the water is coming down from Ethiopia as well. It’s a real tragedy,” says the Special Representative of the Secretary-General and Head of the United Nations Mission in South Sudan, David Shearer.

He visited the area to see first-hand the damage that has been caused and the impact of the humanitarian response. The World Food Programme, through Oxfam, is already delivering food to people in desperate need. Donors have also been generous, but as always, more support is needed to deal with the crisis.

“Obviously, the scale of need is perhaps bigger than anyone thought. And the real worry, to be honest, is further down the track in a few months’ time,” says David Shearer. “Yes, we can supply emergency support now, but these people are going to rely, and have been relying for years and years, on harvests. Those harvests are likely to be badly affected, so there is going to be less food that they are going to grow themselves. They may become more dependent on food coming in from outside.”

Peacekeepers working in the area have also been affected. The United Nations Mission in South Sudan established a new base in Akobo in February 2018 to help protect civilians and facilitate the safe delivery of humanitarian aid. The facilities, the first to be located in opposition-held territory since the civil war, also suffered severe damage with tents and equipment left resting in boggy mud in the aftermath of the flooding.

Despite the challenges, the peacekeepers and the local community remain committed to working together to build reconciliation and peace.

Her hope, along with fellow Akobo residents, is that the international community will respond to their suffering and commit fresh funding to the flood relief effort as well as maintain political pressure on South Sudan’s leaders to deliver the durable peace they have promised for so long.