Akothee explains why none of her exes want her back 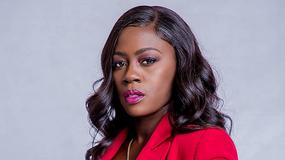 Its hard to tame me into your woman!

Its hard to tame me into your woman!

Award winning musician, Esther Akoth aka Akothee took to her Instagram page to explain why none of her exes wants her back.

The singer who also doubles up as an entrepreneur, said that she has not changed from the person she was before, and that things have become worse now that she is a superstar.

The Akothee Safaris boss revealed how challenging it is for her to do some chores, since she is always on the move. Akothee also revealed that men left her to grow on her own because it wasn’t easy for a man to tame her into the woman they wanted.

S.Sudan NEWS PORTAL:  We will continue to work for peace as U.S prioritizes on sanctions

“None of my Exes can ever take me back , Nothing has changed from the person I was ,in fact now That I am super star its even worse 🤣😂😂, things have changed from bad to worse. I wont cook I wont wash your cloths , My bills are triple, My suitcase always on the go Expect me to hug men off or on stage 😂🤣😂😂😂 I wont take rubbish 🤣😂 Men left me to grow own my own , its hard to tame me into your woman, wacha tu nihangaike🤣😂😂” Read her post.

The sweet love singer, pleaded with ladies not to follow her for any relationship advice, as she urged women with men in their lives to be happy.

Earlier on, the mother of five shared the struggles she went through after being sued by her baby daddy who wanted full custody of their son (Prince Ojwang).

According to Akothee, she was taken to court yet she was taking care of all her kids without the help of their fathers.

“Imagine baby daddy suing me , me of all the people , me Esther Akoth Kokeyo, needed in court doing what, defending what ,and why ? yet I am taking care of my children by myself, I asked myself several questions, most of the times @nellyoaks would catch me talking to myself on the mirror or on the corridors ,the swiss guy had his own demands, he wanted access to his son without paying a dime, I dint have a problem, until he started interfering with my private life , attacking those I date and who is in my life, he wanted to chop off all my legs and make sure I am on my own, last year WAS A MESSY AND NOISY WITH A FEW CASUALTIES. LEAVE PEOPLE’S FAMILIES ALONE SEE THE BACKGROUND IS A PLAYING GROUND FOR KIDS WITH CASES, THE guy was granted all his plea,” said Akothee.

She pointed out that despite the ups and downs she was subjected to, they were able to sort out their differences and currently they are in good terms.