Bridget Achieng speaks on getting back with Nigerian baby daddy 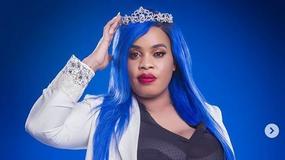 Former Nairobi Diaries socialite Bridget Achieng has opened up on the issue of getting back with her Nigerian baby daddy.

This comes months after she disclosed that the baby daddy dumped her three months after getting pregnant, but refused to have an abortion.

Speaking to a local daily, Mama Sekani said she would not like to get back with her baby daddy, despite having a cordial relationship after parting ways.

S.Sudan NEWS PORTAL:  Over 30 medical students off to Ethiopia

She went on to say that the Nigerian boyfriend embarrassed her and gave other women the power to disrespect her, noting that there is nothing he can do to make her change her mind.

“I wouldn’t say Baba Sekani is someone I would want to spend the rest of my life with to be honest. I don’t know nini anawezafanya nimrudie aliniaibisha. Alipatia wananawake wengine hio power ya kunidisrespect,” said Bridget.

“I was meant to relocate to Nigeria but I don’t think I want to be a housewife and I still have that phobia he dumped me when I was pregnant,” she added.

The Socialite and entrepreneur’s words come a few days after she responded to Nairobi Diaries actor Trap King Chrome, after he alleged that baby Sekani Rich was not her biological son.

Ms Achieng refuted faking her pregnancy saying she understood how difficult life was and it was okay for people to talk about her.

She went on to say that it was very shameful for a grown up to use her son to gain fame.