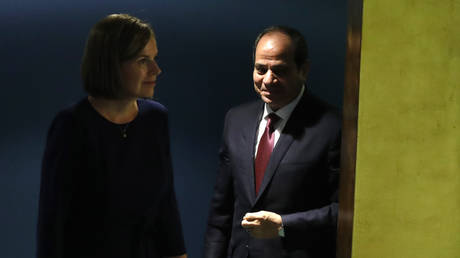 “We are counting on your wisdom and your national stance to deal with all these incidents,” Sisi told President Michel Aoun during a meeting on the sidelines of the UN General Assembly in New York on Tuesday.