Iraqi armed force â€˜readyâ€™ to back govt amid protests 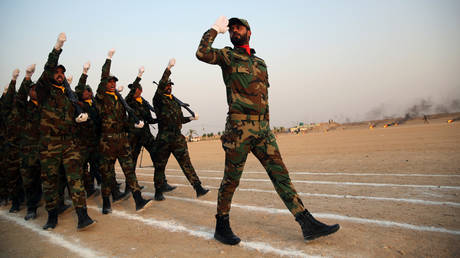 Iraq’s powerful Hashed al-Shaabi force, which is mostly integrated with the state, said on Monday that it is ready to implement government orders to prevent “a coup d’etat or a rebellion.”

As protests in the country have left more than 100 dead, Faleh al-Fayyadh, who heads the force, said in Baghdad that he wanted “the fall of corruption, not the fall of the regime,” AFP reported.

S.Sudan NEWS PORTAL:  Is President Kiir on the list of richest African presidents in 2019? Find out here

The rallies began on Tuesday with calls to reduce youth unemployment and corruption, but have spiraled to demand a total overhaul of the Iraqi political system.

The government has announced a series of reforms to create jobs, boost social welfare and oust corrupt officials, but have also accused “saboteurs” of infiltrating the protests.