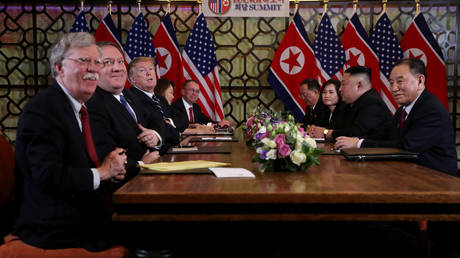 Kim Myong-gil praised Trump’s “wise political decision” to seek a new approach to the stalled talks without a “troublemaker” in the US administration, an apparent reference to John Bolton, Trump’s former national security adviser, who resigned last week.

The US president’s efforts to engage with North Korea nearly fell apart in February after he followed Bolton’s advice at a second summit in Hanoi and handed Kim a piece of paper urging Pyongyang to transfer its nuclear weapons and bomb fuel to the US, Reuters said.

S.Sudan NEWS PORTAL:  Sudan PM: ‘Our partnership with the military is unique’