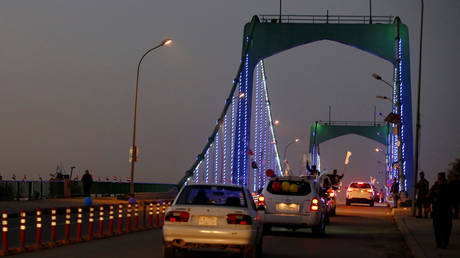 Multiple explosions were heard near the Iraqi capital’s Green Zone. No group has yet claimed responsibility for the attack. The city recently imposed a curfew after days of bloody clashes between protesters and police.

One explosive reportedly detonated near the Turkish Embassy inside the Greenzone, which houses US and other foreign diplomatic buildings, Al Arabiya reports. The second blast hit near the Al-Harithiya bridge, also in the fortified section of the city. Sirens were heard in the area.

S.Sudan NEWS PORTAL:  Two women jailed for 3 years after pleading guilty to circumcising each other

Prime Minister Adel Abdul Mahdi imposed a curfew over Baghdad “until further notice” on Wednesday following two days of heated anti-government protests, where at least seven were killed and more than 400 injured.

S.Sudan NEWS PORTAL:  Two women jailed for 3 years after pleading guilty to circumcising each other