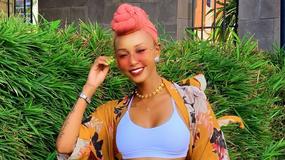 Call a spade a spade!

Call a spade a spade!

In a series of Insta-stories, the Huddah cosmetics CEO criticized Lizzo calling her fat, and even went ahead to call her a whole elephant.

Huddah wondered why it was okay to shame skinny women saying they lack meat and yet fat women couldn’t be called fat, because that would be termed as body shaming.

The diva admitted posting a lot of semi-nude photos but stated that people should not promote obesity and say that Lizzo is confident.

She went ahead to say that people should not sugarcoat the reality.

“Truth be told, its not okay to call anyone fat or skinny lol its demeaning to some. But it’s the reality, lets not sugarcoat shit. I am skinny. I don’t get offended if someone says I am. I just look for ways to maintain a healthy lifestyle,” read Huddah’s post.

Few weeks ago, the boss chick let people know that married men were not her cup of tea.

S.Sudan NEWS PORTAL:  It’s 10 years in jail or Sh3M fine for misuse of other people’s data

Ms Monroe set the record straight, after being accused of dating “sponsors” for a very long time.

“’When I say I don’t date married men people think, it’s a joke lol! But truth is married men ain’t int my cup of tea. Anyone who knows me, knows I don’t fall in that category,” said Huddah.