Turkey, US launch 2nd round of joint patrols in NE Syria â€“ military 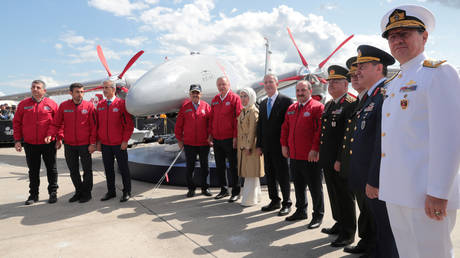 The US and Turkey launched a second round of joint patrols in northeastern Syria on Tuesday as part of plans to create a “safe” buffer zone, according to the Turkish Defense Ministry.

Four Turkish armored vehicles crossed the border to join US forces in Syria, Anadolu reported, for patrols around the town of Tal Abyad. The ministry said drones were also deployed.

Washington and Ankara reached a deal last month to establish a “safe zone” between the Turkish border and Syrian areas east of the Euphrates River controlled by the Syrian Kurdish People’s Protection Units (YPG). Ankara sees the YPG as a terrorist militia linked to the outlawed Kurdistan Workers’ Party (PKK).

The first joint patrols were conducted on September 8, AFP said.