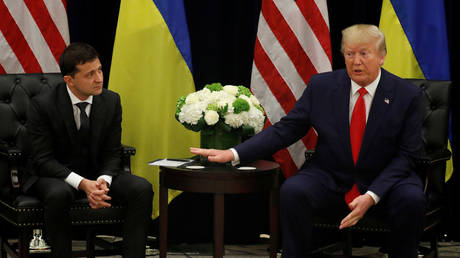 Ukrainian investigators have not interrogated former US vice president Joe Biden or his son Hunter as part of an investigation into the Burisma Group, Nazar Kholodnytsky, Ukraine’s chief anti-corruption prosecutor, said on Friday.

According to Kholodnytsky, on August 1, 2017, the prosecutor decided to close this case due, in particular, to the fact that it had been unsuccessfully investigated for about two years. Currently, no active investigative actions are being carried out on the case, the prosecutor said, adding that there is a court ruling on the obligation to close the proceedings.

“The position is simple – we are acting according to the law. When the proceedings were being closed, the prosecutor did the right thing, since there had been no investigative actions for nine months,” Kholodnitsky was quoted as saying.